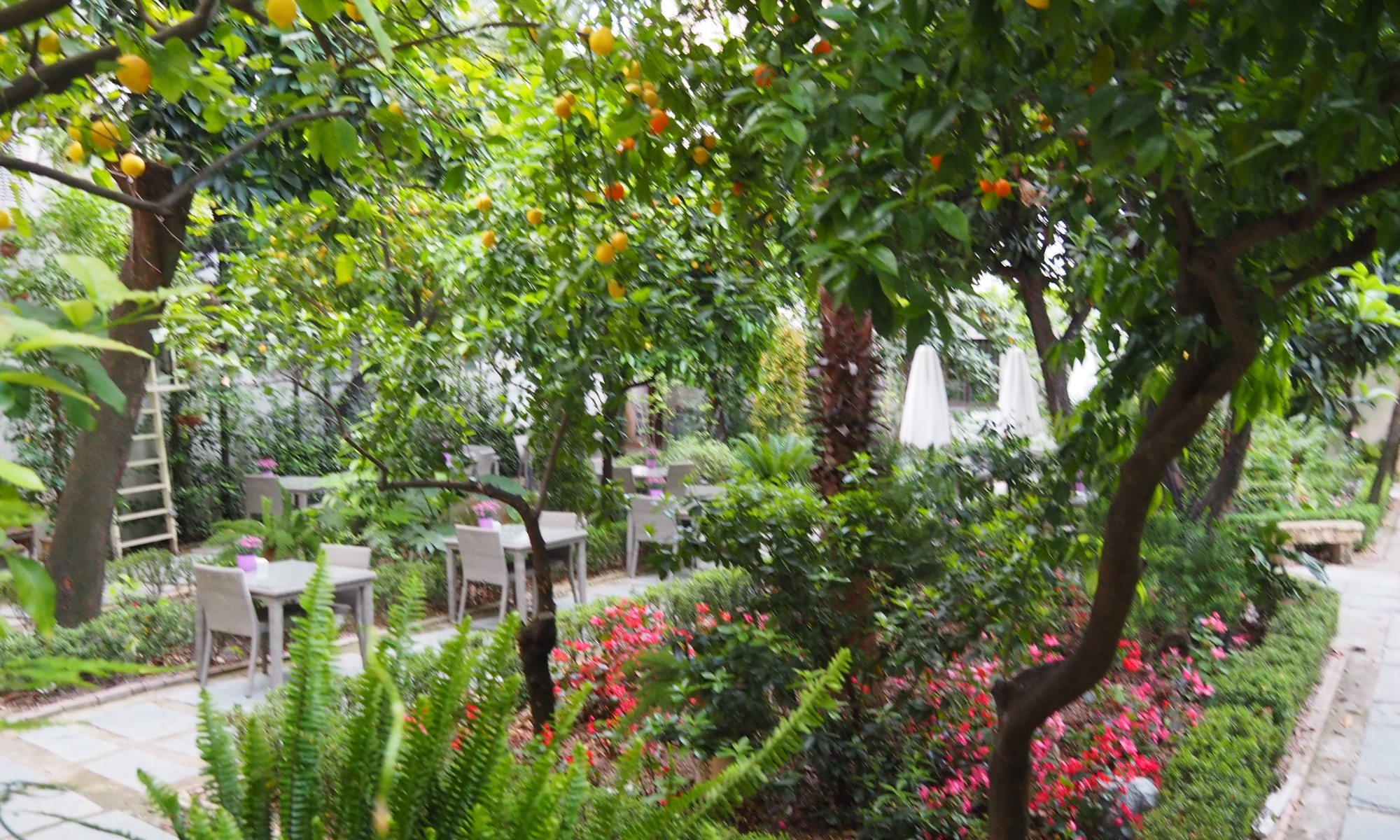 Arriving into Córdoba we  were advised it would be sightseeing first then taken to our hotel.  The following day we would be leaving around 8.30 am so no chance of seeing anything then.

Our tour guide advised us  there would be a lot of walking and as it had been a long day a couple of our group decided to go to the hotel.  Wasnt the first time she was wrong!  Such a shame as they missed the most amazing place so far we had seen on this trip.

Our Tour guide met our guide for this tour and off we went.  It was as though we were on a walking race trying to keep up was crazy.  Those that didnt come with us would have had trouble keeping up with our guides, we were nearly running.  However, it wasnt a long way just a fast way of getting to the Mosque.

Down tiny lanes with white washed buildings and flowers, so many flowers in pots on the walls, the ground around the windows.

Then we entered what would be a place of awe.  The Mosque- Cathedral of Córdoba, also known as the Great Mosque of Córdoba and the Mezquita. This structure is regarded as one of the most accomplished monuments of Moorish architecture. They say a small Visigoth church, the Catholic Basilica of Saint Vincent of Lerins, originally stood on the site.  In 784 And al-Rahman 1 ordered construction of the Great Mosque, which was expanded considerably by later Muslim rulers. Córdoba returned to Christian rule in 1236 and the building was converted to a Catholic church.

I will just leave a couple of photos so you can see how stunning it is.  The place was crowded and I could see why.  My mind cant get over the amazing architecture that we were privileged to see.

Our guide then took us to one of the most popular tourist streets of Córdoba, the Calleja de Las Flores.  Its a narrow street that ends in a plaza, its on the intersection of Velazquez Bosco.  I have seen so many photos on Instagram since coming back from Spain.

You can see the Mosque peeking through at the end of the street. 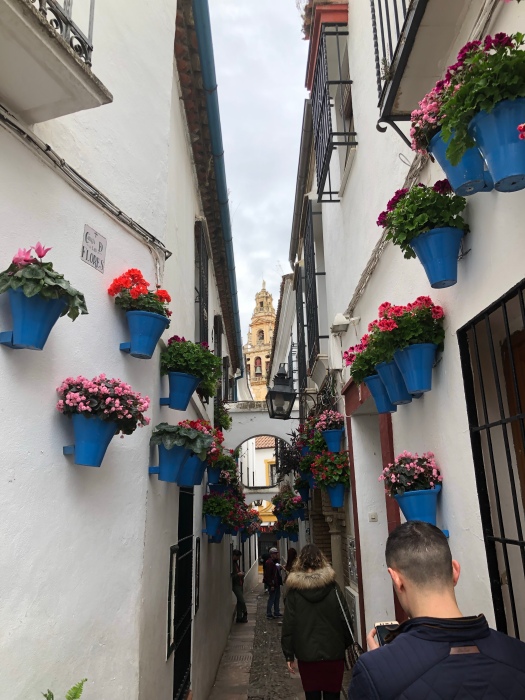 We then had 20 minutes to shop.  Who can shop in 20 minutes.  We raced into a store close by and I purchased a T/shirt.  Havent worn it yet as its a bit tight.  A simple fridge magnet would have been better.

We all managed to purchase something in that 20 minutes.  Of course there are always the couple who wait till the last minute to even think about meeting up with our guide.  However they know the guide isnt allowed to leave anyone behind so they get away with it.

Boarded our coach to be taken back to our hotel, the Hospes Palacio del Bailio.  It was built between the 16th and 18th century’s and it is a world heritage culteral site. Underneath is Roman Ruins and you can see these from the main restaurant.

The floor is made with glass so you can see the ruins.  It was quite strange at breakfast walking across the glass floor.  Once I had eaten I set about taking lots of pictures.  I now wish that the previous night I had taken photos as you could see it so much better in the subdued light.

The hotel was amazing with stunning rooms and a gorgeous courtyard with the outdoor pool.  There was also a pool and spa underground however I didn’t get to see it.

After breakfast we would be heading to Madrid via Toledo where we would stop for lunch.  To think our holiday was nearly over.