Our visit this morning would be to Castelo Rodrigo.  This was a surprise as we were to have visited the Coa Valley. Apparently the dock for the Coa Valley was closed.

Castelo Rodrigo is one of the  historical hill top villages in Portugal.  I hadn’t heard of this place at all.  Once I was back home researching to write this post I found very little  on this village.  It seems it is a secret and a lovely one at that. 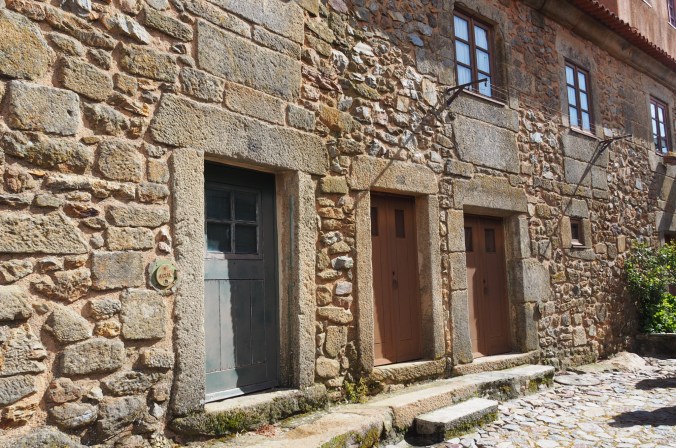 The doorways always amaze me

I did however manage to find  out that   there are roughly 50 people that still live here amongst the ruins of the castle. 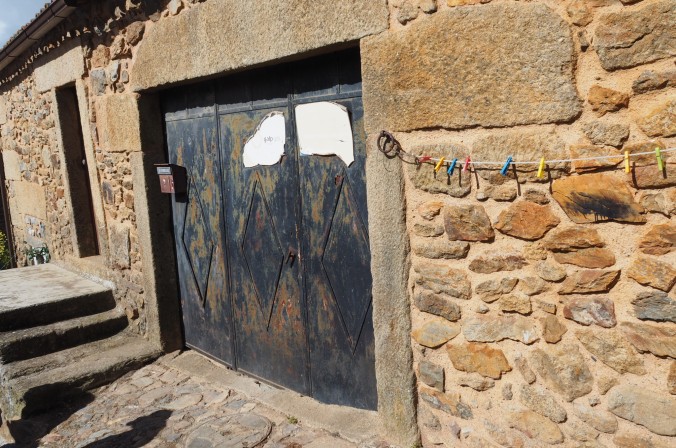 I love how they have their clothes line right against the stone walls.

A little Bit of History

There used to be 13 towers and a patrol path that surrounded the castle.  The path now has some new homes built over it.  Romans and Moors  occupied Castelo Rodrigo. It belonged to Spain in the 11th Century.  Handed back to Portugal in 1297 when Treaty of Alcañices was signed.

The Moors initially and for a long time were considerate about a person’s religion. Then the Moors were expelled and Spain issued a decree in 1492 in Salamanca requiring Jews to wear yellow cloth to show their religion. It was the first sign of religious discrimination in Spain,  Jewish people left in a hurry. Many came to those remote hilltop villages on the Portuguese border. Many Jewish families adopted safe surnames: trees, towns, animals, jobs, guilds.”

The Spanish inquisition came to Portugal in 1496, 2 years before the discovery of the sea route to India by Vasco da Gama. “It was not only the Jews who were persecuted No other religion other than Catholicism was allowed.

In Portugal they have a census every 10 years and forbidden subjects are religion and skin color.

As we approached this village our guide asked the bus drivers to stop so we could get some photos. On the hills surrounding the village were almond trees, olive trees and vineyards. 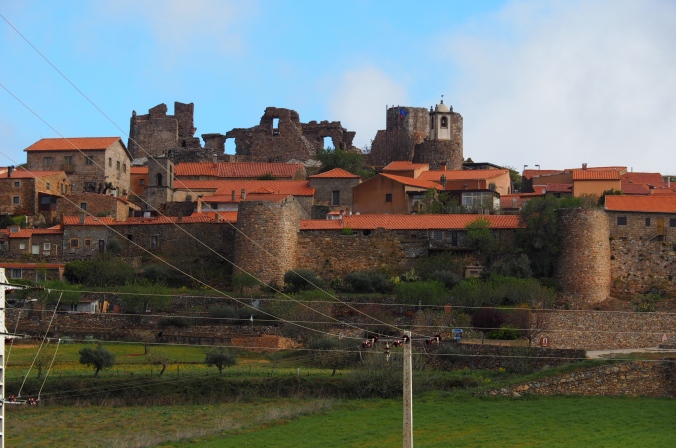 The village of Castelo Rodrigo

The entrance to the historic village of Castelo Rodrigo

The old Cisterna- that served as a water tank for the village. 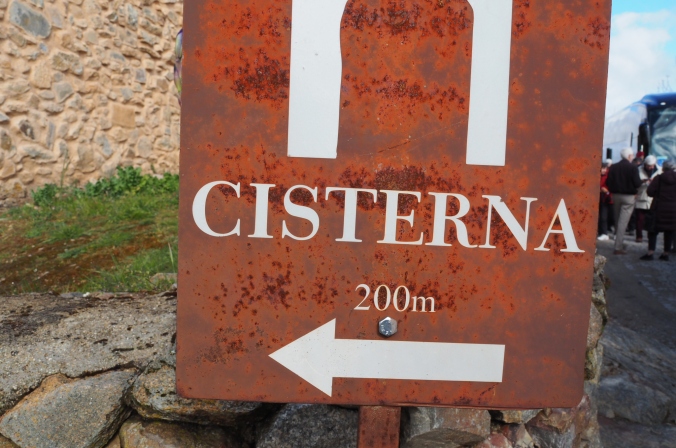 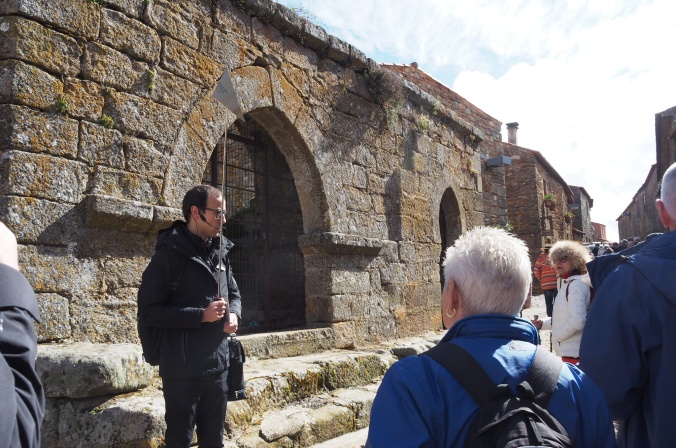 Our guide in front of the Cisterna 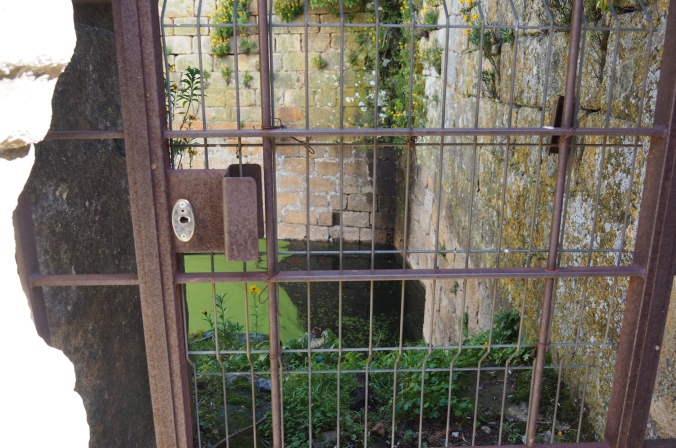 A neighboring house joins onto the Cisterna and is called “Casa da Cisterna” an accommodation of nine rooms.  If you want to stay in this village perhaps you can stay there.

On our walk around the village we were lucky enough to go  inside the beautiful but small Parish church. 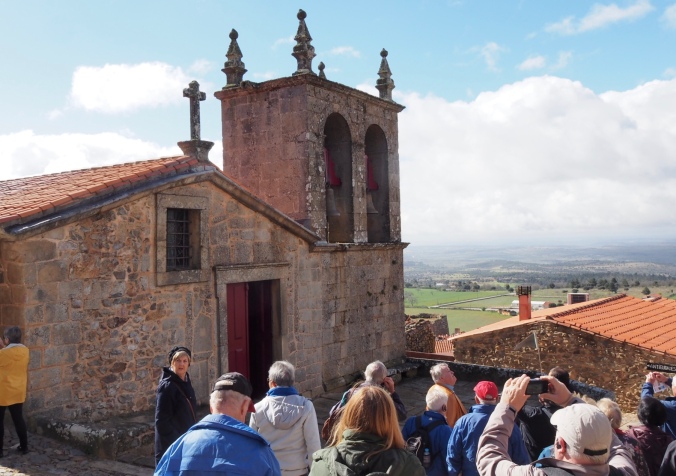 Bell Tower of the Parish Church

See the skulls in the Altar 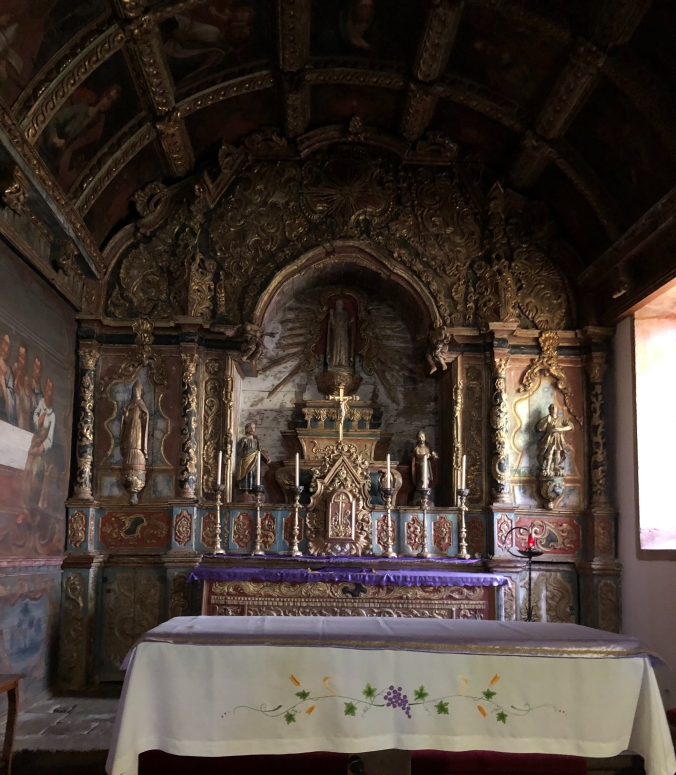 The Alter in the Parish Church

The doorways into homes the homes are small.  Were the people smaller than they are today?  Apparently the doors were small to stop invaders entering on horse back into the homes.

Once our tour of the village was finished we were taken to one of the restaurants for a tasting of local food, almonds and wine. 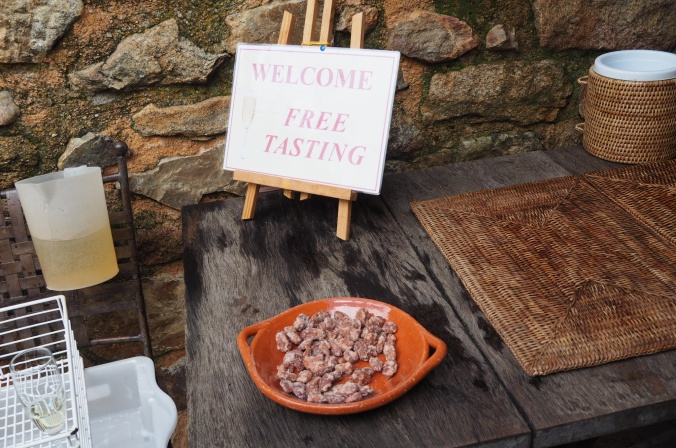 Our lovely hostess – gee I love her scarf!

The Europeans certainly know how to put on a spread.  Two large tables filled with food. 3/4 of the tables were almonds.  Plates and plates of almonds presented all different ways.  Sweet, savory and spicy almonds.  It was eat as much as you wanted and I did.  I couldn’t move from the spot.

Mere mention of Liqueurs and wine…that got me moving.

They said we would be given a taste!  No one said several tastes of all the alcohol.  The serves were quite decent too.   Why not the  whiskey helped me so why not the liqueurs. 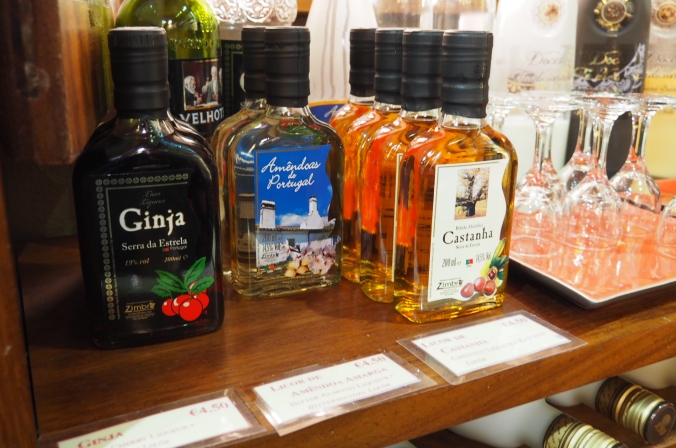 I tried everyone one!  Liqueurs – Probably why some of my photos are blurry

Before we headed back to our ship we browsed the two shops for souvenir’s .  I bet your wondering what it was I purchased?

If you said Almonds you would be right!

Some of the products you can purchase

All the products were made in Portugal.  Its so lovely to be able to buy locally made products.
Im so glad I decided to go with everyone and visit this wonderful village.
Isn’t it amazing what a few days on antibiotics can do!
*More photos will be on Instagram*

Gluten free Tiramisu someone was a bit heavy handed with the raw cocao. #glutenfree #tiramisu #rawcocaopowder #chocolate #dessert #foodofinstagram
Sitting outside enjoying the sunshine with my gorgeous girls Sally and Betty and drinking my Mullein Herbal Tea. It’s good for my lungs and helps my asthma. It acts as a mucous membrane tonic . It stimulates expectoration and liquifies mucous. A bit of Herbal Health Healing. #mulleintea #mulleinleaf #herbalmedicine #herbal #tea #prettycup #health #lungs #asthma #dogsofinstagram #sunnyspringday🌸🌞
@primalcoreaustralia this Superfood Latte really hits the spot #primalcoreaustralia #superfoodlatte #goldenmylklatte #nogluten #dairyfree #paleofriendly #ketofriendly #delicious
The storm last night has helped our plants. Our lemon 🍋 tree has lots of buds and flowers . Blackberry bush has flowers 🌸 and our sage is really starting to grow. #thunderstorms #rain #humidity #sunshine #lemons #blackberries #sage
Beetroot bliss balls. Home grown beetroot. Instead of spinach I used the leaves and stems. Added some chia seeds, almond meal, coconut, dates. Blend on high for 20 seconds in the thermomix roll up and roll in coconut. Can freeze for 6 months. Beetroot the whole plant is good for you. So no waste. The best superfood! #beetroot #beetrecipes #superfood #chiaseeds #blissballs #beetrootblissballs #wholefoods #wholeplant
Paleo carrot mini muffins. No sugar in cooee of these. #paleo #carrotmuffins #getinmybelly😋 #foodstagram
Loading Comments...
%d bloggers like this: