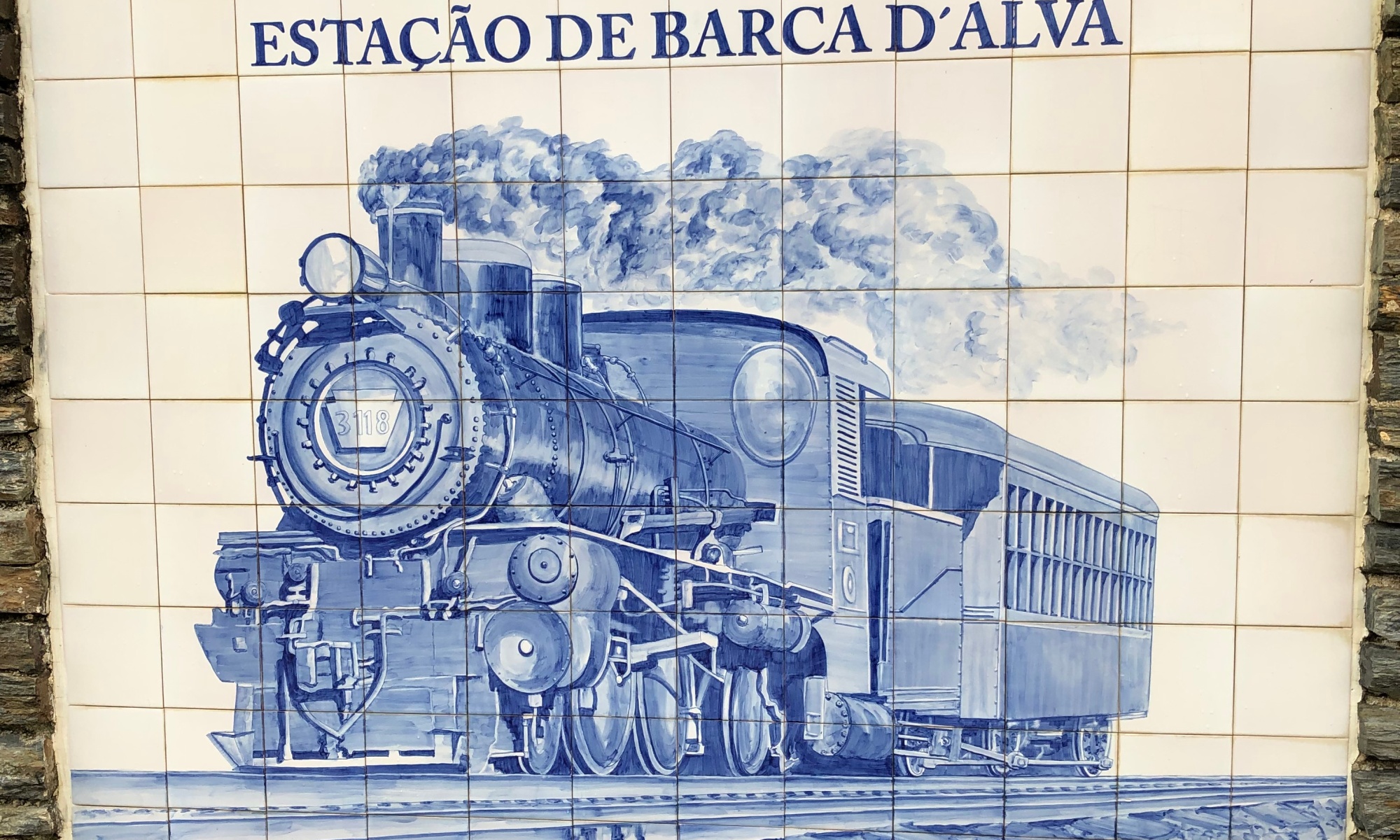 The afternoon after our jumper shopping expedition in Regua we set sail for  the town of Barca D’Alva.  The following day we would be heading to Salamanca.  Some of us went to the  top deck to see the 3 bridges in all their glory.  The sun was shinning.  Yet the wind chill factor must have been below 0 celsius.  I could feel my chest tightening.  This wasn’t good.

Then it began to rain so we went downstairs to the lounge where it was warm.  I thought a hot toddy might help, so I asked the bar staff to whip one up.  My version is fresh lemon juice, honey, whisky,  boiling water and I would put a panadol in it.

My asthma had been bad and knew if I didn’t rest I would get very sick.  Having a lung condition along with chronic asthma wasn’t helping.  So off to our cabin and to bed to rest.  I stayed in our room while Muriel went to  dinner with our new found friends.

In Regua they make delicious  honey and lemon sweets.  Our cruise director purchased quite a few bags for everyone.   Brilliant.  Before I headed to our cabin I grabbed a bag of these wonderful sweets.

I ordered my meal, soup, hot chips and a hot lemon drink.  Our butler Alexandria delivered my meal to my room.  Those chips gluten free hand cut and cooked in a separate fryer.  The soup a vegetable broth.  My hot lemon drink, 3/4 of whiskey, lemon juice and honey.

I had made a decision not to go with everyone to Salamanca based on the weather.  It had turned quite nasty and the way I was feeling I couldn’t risk it.  When the crew told me that Salamanca was always windy and with the cold spell it would be a bit risky, I knew I was right in staying on board.

As you have already read Muriel did the blog justice with her photos and the blog on Salamanca Spain.

Those heading to Salamanca had an early breakfast as they were leaving the ship at 8am.

I headed to the restaurant once they had all left and discovered there were 5 others who had made the same decision.

As most of the passengers were on an excursion for the whole day, it was traditional for the staff to all have breakfast together.  How lovely they all had time off and a chance to chat and have some fun.

Around 10am I thought a quick walk around Baca D”Alva would be good for the soul.   What a treasure trove.

This was the real Portugal where shops and restaurants open later in the morning.  I found a tiny general store open.  It had everything from vegetables to frozen goods to souvenir’s.  The store was busy with tourists.  There is a train station which still has some original blue and white tiles on the walls.  The station was operated between 1887 and 1988. This line connected Baca D’Alva with Porto. The Douro line is only open until Pocinho.

I didn’t make it to the station however I did walk under the line and the tunnel was decked out in wall art.

The photo of the blue and white tile with the train in the main picture was right by the tunnel.

If i hadn’t been sick this amazing village would have just been a name.

Baca D’Alva is the richest region that produces wine in Portugal.  As well as wine you will find Olive Groves, Almond trees and Oranges.

Walking back  to the ship I passed the baker doing his deliveries to the cafes and restaurants that would open at noon.

It was raining the whole time I walked around Baca D’Alva.  These dogs taking cover from the rain in the bus shelter.

Lunch on board the ship I had chicken and vegetables.  Good basic food when your not feeling wonderful.  Can you see the round pill container near the plate.  One of my  souvenir’s of Portugal! Those of us who had stayed on board sat together for lunch.  We had a lovely time even though we all were feeling a bit under the weather. 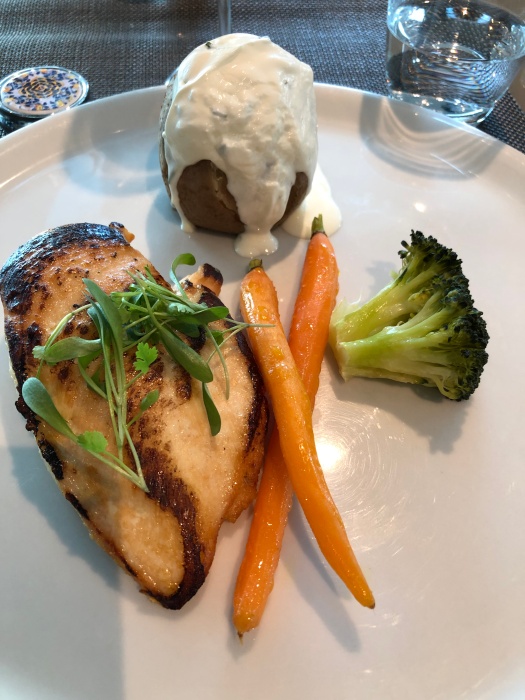 I had more of those wonderful lemon and whiskey drinks.  If you ask me I think it was those drinks along with the sweets and the drugs – antibiotics, prednisolone.  My doctors will not let me travel unless I have these medications/drugs.

After lunch our ship would move from Baca D’Alva to Vege de Terron.  All of those who had gone to Salamanca would re board the ship there.  Yes Baca D’Alva is just a name to them.

I lay down  on my bed with the curtains opened wide and watched the amazing scenery as our ship changed ports.  My bed I raised the part where my head would lay.  Very important when you have a chest infection and asthma.

29 Replies to “Barca D’Alva and a wee bit of Lemon juice and a ton of whiskey!”

Setubal has two very busy lanes with a beautiful pedestrian walkway in the middle. Lots of fountains and cafes along the walkway. We had a pot of tea with my gluten-free Schar biscuit and Muriel had a pastel de nata. #setubalportugal #schar #nsyftravel #pasteldenata #glutenfree #holiday
We then went to the supermarket to see if I could buy a snack that was gluten free. No problem there rows of gluten free goodness. I settled on a Schar biscuit. #glutenfree #supermarket #setubalportugal #shopping
The market also has lots of meat vegetables cakes flowers. Portugal is known for nose to tail so nothing gets wasted. You can buy anything here. #market #artdeco #setubalportugal #mercadodolivramento #nsyftravel #holiday #blogging
So much fresh fish. Setubal is a fishing village. #fish #setubal #artdeco #mercadodolivramento #portugal🇵🇹 #nsyftravel
Our first stop in Setubal was the Mercado do Livarmento the Art Deci Market Hall which opened in 1930. #market #artdeco #mercadodolivramento #portugal🇵🇹 #fish #flowers #holiday #nsyftravel
The drive into Setubal was pure stunning. #setubal #portugal🇵🇹 #nsyftravel #holiday
%d bloggers like this: