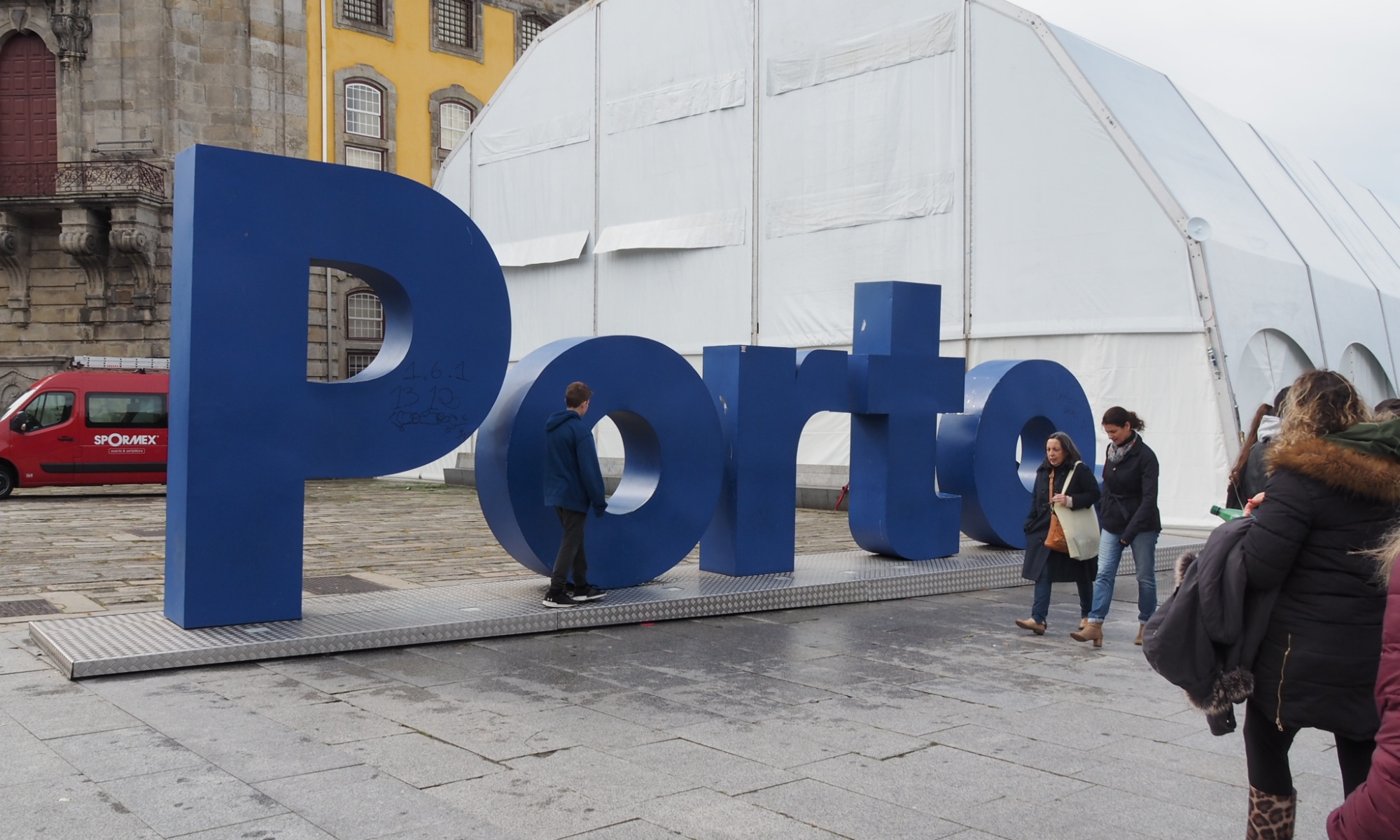 After a hearty breakfast onboard the Scenic Azure we set of for a Porto Panoramic Tour.  We would take the same roads that we went on the Hop On Hop Off bus the day before but with a very informative commentary.  So much so we told Carla that she should do the commentary for the HOHO busses.

Our first stop was the MMIPO – Museu da Misericórdia do Porto is located in the historic centre of Porto, in the Rua das Flores, at the building that used to be the head office of the institution from the mid 16th century up to 2013. The museum also includes the Misericórdia Church and the Gallery of Benefactors.  Built in the sixteenth century, the church received a major intervention in the 18th century with a predominant involvement of Nicolau Nasoni.

One of the largest works of Flemish painting, the Fons Vitae stands as a testament to the strength of the city and of its connections to Northern Europe in the 16th century. It is painted in oil over oak wood.

We climbed a tight stair case and found ourselves overlooking the church.  I took a quick photo of the Organ.

We had to be quite as their was a service in progress.  (I must admit climbing that staircase I was laughing very loud, had I known there was a service in the church I would have been quiet.

One floor is dedicated to the benefactors with portraits of them all.  Another floor is decidedly creepy with some of the medical instruments they used when it was a hospital.

From the museum we walked to the Sao Bento Station. It may well be one of the prettiest rail stations.  This was one place I wanted to visit and I wasn’t disappointed.

20,000 magnificent azulejo tin-glazed ceramic tiles depicting Portugal’s past – its royalty, its wars, and its transportation history. The blue and white tiles were placed over a period of 11 years (1905–1916) by artist Jorge Colaço.

The beautiful station was named after a Benedictine monastery that once occupied its space back in the 16th century. Destroyed by fire in 1783, the house of worship was rebuilt but by the 19th century was torn down to make way for the expanding railway system. Built by architect José Marques da Silva, the very first stone was laid by King Carlos I himself.

Five years after the station was built, the intricate tile work began. Included in the landscapes and ethnographic displays are the Battle of Valdevez (1140) and the Conquest of Ceuta (1415) along with several other important events and places that created the vibrant city that this unusual and beautiful station resides in.

Our tour then took us to what one can only describe as the most stunning McDonalds ever.  I managed to get a quick photo of the inside and the exterior before our bus took us to Sculpture and trees in Cordoaria Park also called Joao Chagas Garden in Porto, where we then had some free time.

The street the museum was in used to be called Flower Street.

Our tour then took us to what one can only describe as the most stunning McDonalds ever.  I managed to get a quick photo of the inside and the exterior before our bus took us to Sculpture and trees in Cordoaria Park also called Joao Chagas Garden in Porto, where we then had some free time.

Our bus dropped us of at the Porto Sign.  We would have some free time and then meet back here.

We wandered down to the famous bookstore in Porto, where its said that JK Rowling who wrote the Harry Potter Series took her inspiration from the bookstore. Looking inside I think I can see Hogwarts.

As we approached the heavens opened and it hailed.  Huge hailstones.We took cover by the bookstore so I managed to take some photos of the inside.  I can see the likeness.  It was only 5 euros to enter however no photos inside.  Although if you purchased a book the entry fee was taken of the price of the book.

Once it stopped raining we made our way back to the Porto sign where we would catch the coach back to the ship.  The park was stunning.  I think I took over 100 photos just of the park.  Instagram will be showing most of them.

The park was stunning.  I think I took over 100 photos just of the park.  Instagram will be showing most of them. The park Joao Chagas Garden or Cordoaria Park is a small and beautiful green space in Porto. Has lots of sculptures like the ones below.

We made our way back to the Porto sign where we would meet up with our guides and fellow travelers.

It was a short trip back to the ship. As you board the ship you are given a drink and wet towel.  Swipe your card so they know your back on board.

Of course straight into the bar where a welcoming cocktail would be waiting for us.

Next  post …Our tile painting on board the ship.

37 Replies to “Morning tour of Porto”