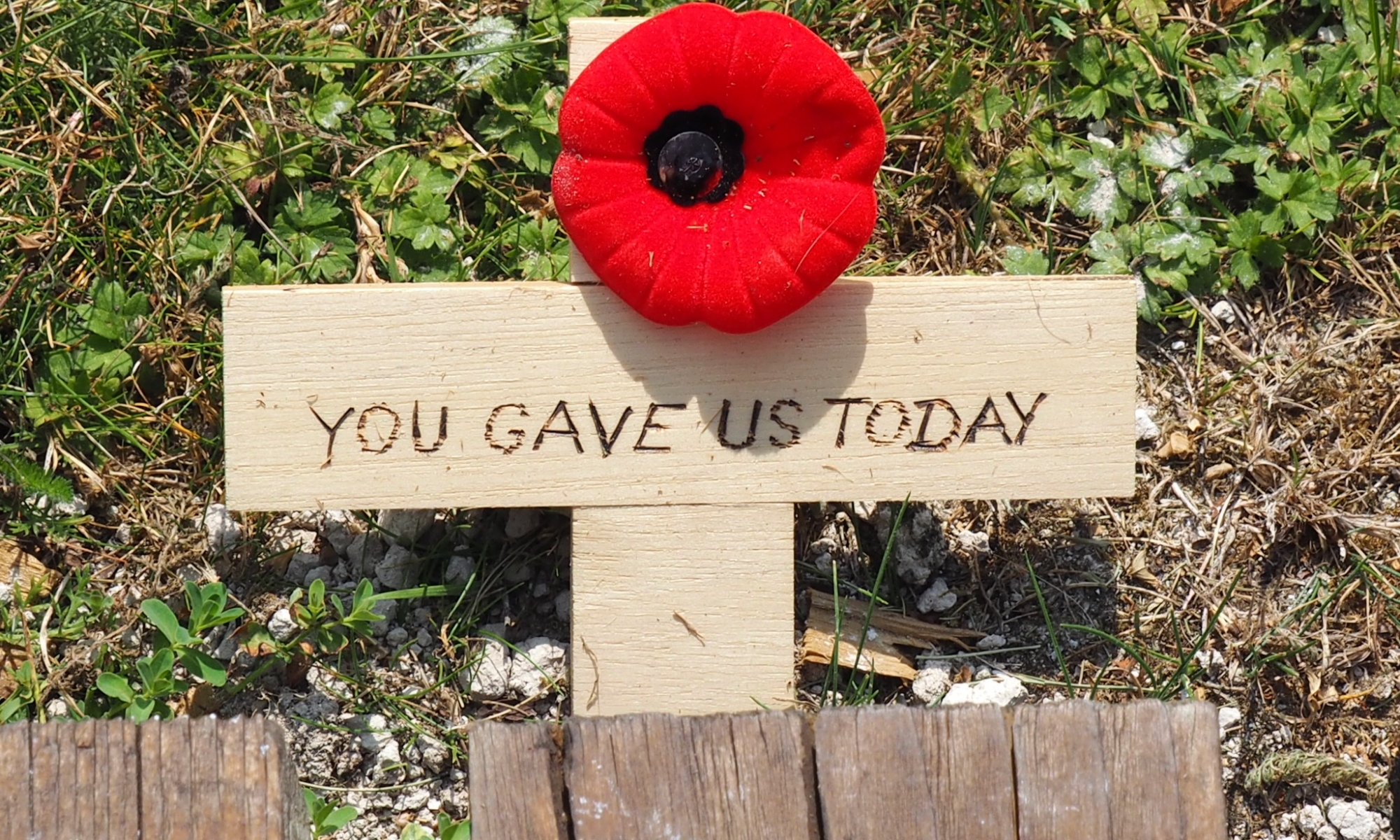 Our day wasn’t over.  We would visit several more museums and cemeteries.  The magnitude of what these young men went through is overwhelming. Every corner or town square as we drove to our next stop, would be either a small cemetery or memorial to those who fought and lost their lives in this war.

Lochnagar Crater was our first stop in the afternoon.  The first thing you see is a sign that says “This site is dangerous, all who do enter at their own risk.” 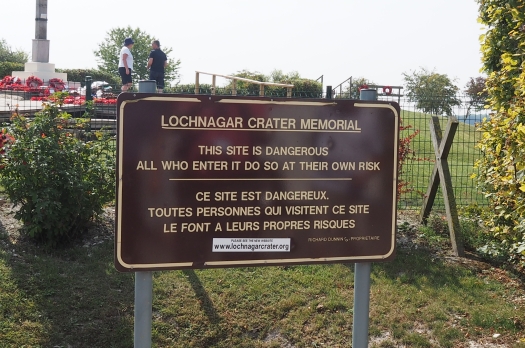 The British named the mine after ‘Lochnagar Street’, a British trench where the Tunnelling Companies of the Royal Engineers dug a shaft down about 90 feet deep into the chalk; then excavated some 300 yards towards the German lines to place 60,000 lbs (27 tons) of  explosive in two large adjacent underground chambers 60 feet apart. Its aim was to destroy a formidable strongpoint called ‘Schwaben Höhe’ (Swabian Heights) in the German front line, south of the village of La Boisselle in the Somme département.

Our second stop was Beaumont Hammel Newfoundland Memorial with its well-preserved trenches enables you to actually see what it would have been like on the battlefields.  The trenches are now wooden pathways that you can walk along.  The scary thing is that you could nearly reach over and shake hands with the enemy.

The Newfoundland Memorial depicts a bronze caribou, designed by Basil Gotto, which stands atop a rocky mound and overlooks the former battlefield. You can get a great view over the battlefields and trenches.

While three bronze plaques at the base of the memorial commemorate 820 men from the Royal Newfoundland Regiment, the Newfoundland Royal Naval Reserve and the Mercantile Marine who gave their lives during the Great War and whose bodies have never been found or identified.

Y Ravine Cemetary is within the grounds of the Beaumont Hamel Newfoundland grounds.  It was started in 1917 by the British Corps and was originally called Y Ravine Cemetery No. 1. The British Front Line had moved further on so they were able to bury  soldiers who had lain here for over a year.

There are over 400 casualties  commemorated in this cemetery, many who are unidentified.  275 are identified.

We visited Thiepval Memorial, commemorates more than 72,000 men from the British and South African forces who were reported missing in the Somme before 20 March 1918.

Next was a quick visit to the  Caterpillar Valley which is the cemetery for New Zealanders who fought and lost their lives in the Battle of the Somme.  Most of our tour were Australians, however there were 2 couples from New Zealand and they requested a trip to the New Zealand Cemetary.  They laid a poppy on a cross and then stood and sang the New Zealand National Anthem in Maori .  Those of us who stood with them had tears streaming down our faces. 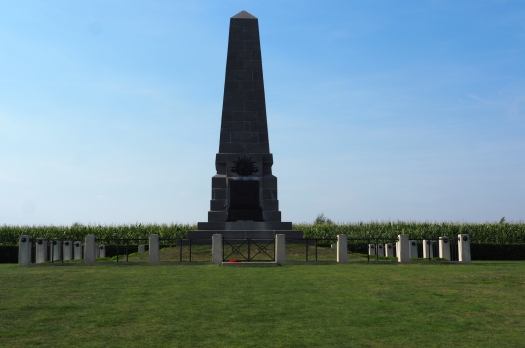 One of the German bunkers in this location has been partially preserved (no access — preserved for viewing only).

There was a very large strongpoint in the western end of Pozières village, named “Panzerturm” by the Germans. One level was built 3 metres above ground with two floors also built below ground. Owing to its prominence in the rubble of what was left of the village, the Australians called the strongpoint “Gibraltar”, presumably in likeness of the rock of Gibraltar as it protrudes from the Mediterranean. Some remains of this bunker can be seen at the memorial site.

To add a bit of lightheartedness to our day, our coach’s somehow got lost.  We ended up on some very narrow laneways where turning a vehicle as large as our coach proved quite difficult.  We all cheered when we were told we would miss the nightly port talk by our cruise director.  He was lovely but what should have been a 15 minute chat would often be 30 minutes.  We made up for it the next night.  I think he “ordered” us up at 6pm instead of 6.30 and I think we all went to dinner after 7pm.

Here are some links if you wish to learn a bit more about the Battle of the Somme.