Excitement and sadness filled the air as our cruise along the Rhone had ended.

We would be heading to Paris on the TGV – which translates to very very fast.

Our coaches arrived to take us to the Lyon Part-Dieu railway station. Wow such a busy train station.  We had been warned that pick pockets are common at the train station so we all must very vigilant.  We gathered together and were on the lookout for anyone who might try to take advantage of any of us.

Our suitcases would be taking the slow road on a truck, so that’s one thing we didn’t have to worry about. Thank goodness. 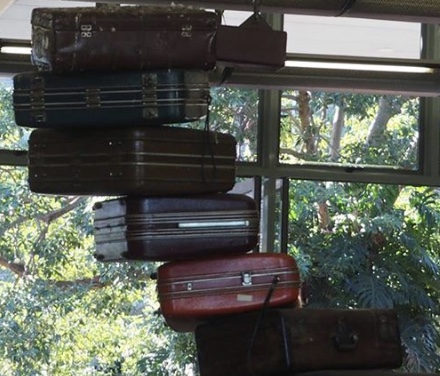 Our guide told us that we wouldn’t know until 20 mins before the train was due, of the platform.  The trains leave on time and waits for no one!

Our train came in we all quickly boarded.  We squeezed in to our seats.  Leg room was tight, as we had a table to share with the 4 of us.  No sooner had we sat down that the train was on its way.  I sat by the window opposite Peter. The scenery was a blur.  In no time at all 2 hours, actually 1 hour and 57 mins we arrived in Paris at the Paris Gare de Lyon Station.

Quick trips to the loo’s (Aussie slang for toilet, bathroom etc) then onto the coaches for our panoramic drive around Paris and then to the Seine for a private Lunch cruise through the historical center of Paris.

6 thoughts on “The TGV is fast! Lyon to Paris in less than 2 hours!”